Last night Robert Upshaw was in Salt Lake City with the Washington men’s basketball team, attempting one of the biggest road upsets in the Pac-12. The Huskies fell short, but accomplished a much-needed road win days prior at Colorado that seemingly had Washington’s NCAA Tournament prospects looking spry once again.

Less than 24 hours later, this happened.

Washinton’s 7-foot defensive pillar, the player who has seemingly changed the Huskies’ fortunes this year is now off the team.

Upshaw wasn’t Washington’s most talented player, and it’s arguable as to whether he had the highest ceiling of any player on the team. But it’s little question that he was Washington’s most important player, almost single-handedly making Washington one of the top defensive teams in the country.

Last season the Huskies finished No. 163 in Ken Pomeroy’s Adjusted Defensive efficiency metric. This season, Washington currently ranks 44th. It measures that UW gives up 94 points per every 100 opponent possessions if it were facing an average offense. Last season, that number was 104.5 points per 100 opponent possessions. The return of Jernard Jerrau during non-conference helped, but it was Upshaw leading the nation in blocks and turning driving guards away from the paint that was surely the main reason.

Now he is gone, and we are left asking why and pondering what the implications of this are.

We don’t know. The University of Washington called it a violation of team rules, offering no further comment.

From the press release:

“We wish Rob well as he moves forward in his life, and we will do our best to support him in the future,” Romar said in a statement.”

Who knows what happened. Perhaps there was an isolated incident from the time the players got on the plane to return to Seattle and the announcement. Perhaps it was numerous small things that built up over the season that Lorenzo Romar had repeatedly warned Upshaw about but didn’t get addressed.

Upshaw transferred to Washington from Fresno State, citing maturity issues he had and the need for a change of scenery.

Sometimes, changing yourself for the better can be difficult even if your heart is in it. Sometimes, you need more than one change of scenery.

Again, we don’t know what Upshaw did.

But one thing is absolutely crystal clear: If Lorenzo Romar dismisses you from the program, then there is a good reason for it.

Lorenzo Romar is not a hardline disciplinarian who tries to make example out of guys. Romar is a father figure coach who, by all accounts, is as invested in preparing his players for life after college as he is at winning basketball games.

I learned that two years ago when I went to cover the Pac-12 Tournament for Lindy’s Magazine. I was going to write a column about Abdul Gaddy and Scott Suggs and the ‘disappointing’ senior class who had flamed out from their recruiting expectations to lead what was a team just fighting to get into the NIT.

I grew up a Washington fan. I knew what Romar was like with the media, I knew how he fought for his players. But I didn’t really think about that when I stood up there with the media the night before the Huskies took on Washington State at the MGM Grand Arena and asked him how important a good Pac-12 Tournament would be for Suggs and Gaddy, using the word ‘disappointment’ during the question.

Romar was not interested in my question. He quickly countered my question by opining the two seniors had good seasons, were working hard and were imperative to Washington’s success.

I was put in my place, and the column never got written.

A lot of what Romar said about Suggs and Gaddy was coach speak. It’s what coaches do. They attempt to spin the narrative to how they see fit with their answers. But when you get past the coach speak, he was right. Suggs and Gaddy were not good enough players to get Washington to the NCAA Tournament. But through injuries and adversity they were good kids, worked hard and tried harder than anything to win games at Washington. It just didn’t work out that way. 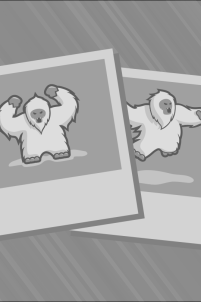 So why wouldn’t Romar go to war for those kinds of kids? It’s as important to him that they graduate and find success in life than to win a few games in the Pac-12 Tournament.

And that’s how I perceive he is as a disciplinarian as well.

The obvious example that comes to mind is Venoy Overton.

In 2011, Overton was charged by Seattle police with providing alcohol to two 16-year-olds and engaging in sex acts with them.

Romar suspended him for the Pac-10 Tournament, allowing him to return for the NCAA Tournament. Overton did, and his lasting moment as a Husky is a ridiculously stupid heave at the end of a Round of 32 game against North Carolina that robbed Washington of an opportunity to upset the No. 2-seeded Tar Heels.

Three months later, after graduating and exhausting his collegiate eligibility, Overton was charged by Kent, Wash. police for “promoting prostitution” with his 18-year-old girlfriend.

It’s reported that the news crushed Romar, and that he would have handled it differently had he known the entire situation with Overton.

The win-now nature of college athletics and finding the balance between winning and doing the right thing when it comes to disciplining and developing players as individuals — as opposed to just athletes — has to be one of the most difficult job responsibilities of being a college coach.

Romar deserves criticism for not aggressively pursuing all of the facts and getting to the bottom of a complicated situation with a player who had multiple off-the-court issues.

But as far as I can tell, it’s an isolated mistake. And one he made because he thought he was doing what was best for Overton, when in that case we can argue that Overton was the one who failed Washington and not the other way around.

This is the first time since being a fan of Washington that I can actually remember Romar actively “dismissing” a player.

This is an important, and major, distinction. Numerous players have left in what was called mutual decisions. Upshaw is the first I know of to be actually dismissed in the middle of a season.

Romar would not dismiss a player, no matter his importance to the team on the court, without a good reason for it. It’s not who Romar is. From what I can gather, he cares about his players too much to make this kind of decision without deep thought, having the facts and deciding what is best for the player and the program.

I, too, hope that Upshaw can find whatever help he needs, land on his feet and have a successful life whether it involves basketball or not. He was a fun as hell player to watch and I will miss him in purple and gold.

What does this mean for Washington on the court?

With Jernard Jerrau out until March, it doesn’t look good. The Huskies are down to two healthy post players, Shawn Kemp and Gilles Dierickx. The latter has little playing experience. It probably means that Washington will regress heavily defensively, and will put pressure on the Huskies’ compliment of guards to pick up the scoring and on-ball perimeter defense. 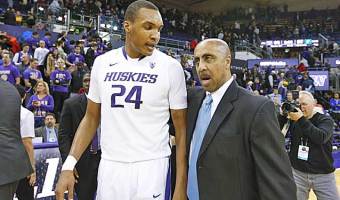 Currently, the Huskies sit at No. 47 in RPI according to RealtimeRPI, actually moving up after their 77-56 loss at Utah. Washington has a number of quality wins that bode well for its tournament case, but it will be an uphill battle without Upshaw.

Remaining home games against Cal, Arizona State and Colorado are must wins, just because losing to teams at home with lower RPIs are RPI killers. One or two more quality road wins would be huge. Oregon State and UCLA are good opportunities for quality road wins. The Oregon and Los Angeles trips are sweep-able trips, just considering the up-and-down natures of the Ducks and Trojans.

But if the Huskies really want to feel good about it, Arizona and Utah both make trips to Alaska Airlines Arena. How about a top-10 RPI win to go with wins against San Diego State and Oklahoma?