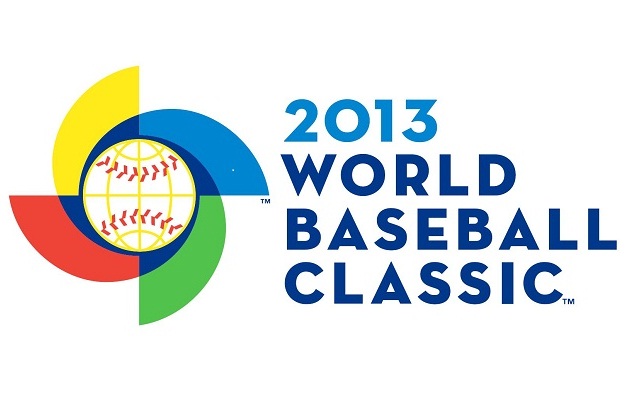 The World Baseball Classic is less than two weeks away, and some baseball nerds are getting very excited.

When the WBC started its creators had visions of becoming baseball’s equivalent to Soccer’s World Cup. That may not have happened, but that doesn’t mean however, that it is without intrigue, and that as a Mariners fan you can’t find special intrigue in each game, even if the team you are rooting for (‘merica, in my case) isn’t playing. The following is your guide to each player that is of special interest to you, a Mariners fan:

Ryan Rowland-Smith, LHP: A former Mariners fan favorite, perhaps even a cult hero, whose twitter presence and personality outpaced his production in Seattle. Hasn’t pitched for the Mariners since 2010, and hasn’t pitched in the majors since either. The Hyphen made 30 appearances for the Cubs AAA affiliate last year.

Chris Snelling, OF: Once a top prospect in the Mariners farm system, injuries limited his value to the team. Snelling was traded to Washington along with Emiliano Fruto for Jose Vidro in 2006. Then he was traded to Oakland for Ryan Langerhans, who would end up in Seattle for Mike Morse. Snelling hasn’t played in America since 2009.

Luiz Gohara, LHP: Gohara is 16 years old and No. 12 on our list of Top 25 Mariners Prospects. He’s got big time stuff and if he pitches in the WBC it promises to be about the entirety of what we see of Gohara for a couple years. Get your DVR ready.

Phillippe Aumont, RHP: Aumont was a high pick by former Mariner GM Bill Bavasi. Between injuries and inconsistency Aumont was disappointing as a Mariner farmhand. When Jack Zduriencik took over Aumont was converted to a reliever and traded to Philadelphia as the primary piece for Cliff Lee. Aumont pitched in 18 games for the Phillies last year, striking out 14 and walking nine in 14.2 innings pitched.

Tyson Gillies, OF: Once thought to be a product of High Desert, Gillies was traded to the Phillies along with Aumont in the deal that brought Cliff Lee to Seattle. Gillies is deaf, which is interesting, but he’s also seen a bit of a career revival after posting a .304/.369/.453 slash line in AA Reading last year.

Michael Saunders, OF: Saunders has gone from a maligned prospect, remaining evidence of the Bavasi era that left a farm system miserably depleted, to a fully viable major league center fielder. Saunders was one of the Mariners best hitters last year, and played well enough that another injury plagued season for Franklin Gutierrez seems less scary.

Miguel Olivo, C: Once dubbed the “Golden Retriever” by the late, great Dave Neihaus due to his passed ball tendencies, Olivo just ended his second stint with the Mariners. The first one came when Olivo, Mike Morse, and Jeremy Reed were traded to Seattle for Freddy Garcia. The second came after the miraculous departure of Kenji Johjima from the Mariners roster.

Adrian Beltre, 3B: Beltre’s legacy in Seattle is one of the posts holding up the dividing wall between SABR-oriented fans and traditionalists. Beltre’s defense made him worth his contract, while his batting average wasn’t good, and his on-base percentage was worse. Beltre has seen his power return after exiting the unfriendly confines of Old Safeco Field.

Brian Sweeney, RHP: Sweeney pitched 9.1 innings for the Mariners in 2003, posting a 1.93 ERA and striking out seven batters while only walking one. That strikeout total is an emblem for small sample size. He pitched another 37.0 innings for the team in 2010, strikeout in 14, for a 3.4 K/9 rate. Sweeney is from New York originally, which is apparently close enough to Italy to be on the Italian team.

Alex Liddi, 3B/1B: Liddi is infinitely more Italian than Sweeney, as Liddi was actually born in Italy. Liddi has huge strikeout issues but also has big power, and could be the kind of guy that could benefit from playing high-level competition earlier than normal.

Wladimir Balentien, OF: When Balentien was a Mariners farmhand, his best physical and skill comparison was Wily Mo Pena (who would play for the Mariners briefly some years later). Balentien was traded to the Reds in 2009, and hasn’t played in the bigs since that year. He now plays in Japan (quite successfully).

Kalian Sams, OF: Sams has been a Mariners farmhand since 2007, when he was 20 years old. Sams is a big time athlete with many tools, but a guy that has contact issues. Sams is 25 years old and just hit AA last year, however like Balentien and the late Greg Halman, Sams possesses some tools to become a big leaguer in spite of his flaws. (h/t Rob Judd, Jr.)

Oliver Perez, LHP: Perez absolutely dominated at times last year in Seattle, and the Mariners signed him to a guaranteed contract for 2013. Perez used to be a starter, but figures to remain a high-leverage reliever for the rest of his career, including his time in the WBC.

R.A. Dickey, RHP: Not only is Dickey the 2012 Cy Young Award winner, but he was also a guy jettisoned by the Mariners in 2008. Dickey’s knuckleball has evolved into one of baseball’s best pitches, and Dickey has continued to place himself as an outlier among advanced analytics as a knuckleballer, and among knuckleballers in general considering the velocity he gets on his iteration of the pitch.

Willie Bloomquist, IF: Bloomquist was so representative of the Bavasi regime that he became known widely as Willie Fucking Bloomquist. It wasn’t that his grittiness, or “gamer-ship” were independently detrimental to the Mariners, just the way the front office overvalued it was.

Adam Jones, CF: Jones was the key piece that went to Baltimore for Erik Bedard. Jones has become an upper-echelon center fielder, though perhaps not the superstar some fans thought he’d be shortly after he was traded for Bedard. Jones is now 27 years old, and coming off the best season of his career as he enters his prime.

Felix Hernandez, RHP: In conjunction with, if not related to his signing of a contract extension, Felix has pulled out of the WBC. So basically, Mariners fans will have to wait an extra month to see Felix pitch against top competition. Sure beats an injury that makes him miss a full season.

Cesar Jimenez, LHP: Jimenez was a farmhand for the Mariners for several seasons, 11 in fact. He even pitched 48.1 innigns with the big club, totaling 36 strikeouts, 20 walks, and six homeruns allowed. He’s now in the Phillies farm system after electing free agency this offseason.

Asdrubal Cabrera, SS: As Cabrera and Shin-Soo Choo blossomed into everyday players and borderline All Stars it has been hard to forget that the Mariners once traded both for the Indians’ DH platoon at the time: Ben Broussard and Eduardo Perez. Now 27 years old, Cabrera has developed into something of a power hitter totaling 41 homeruns in the past two seasons.