At some point somebody conducted a study in which they asked people what forms of flattery they were aware of, and of those, which was the most sincere. The result of this scientific study was “imitation” and so was born an oft-used phrase designed to legitimize copycats. It’s in the spirit of that moment in science that I present my offseason plan for the Mariners, borrowing a page from the king of all things Seattle sports blogging, Dave Cameron. My plan is significantly different than Dave’s, and I’ve taken the liberty of waiting a couple weeks to let the beginning stages of free agency shake themselves out (including the Hisashi Iwakuma signing). Here it is: 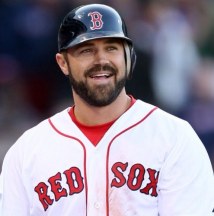 I feel pretty strongly about signing Shoppach, and I’d actually be willing to go two years for him personally. When I initially started looking at this year’s free agents, I noticed that not many people are talking about Mike Napoli. Napoli had a really rough 2012 in terms of batting average, which falsely drives opinion in many cases, but he’s always been a guy that hits for a lot of power, and that mashes lefties. He’s a notch below average defensively, but his bat, and ability to play first base could have made him a particularly good fit for the Mariners. That’s not to say he couldn’t be a fit even with the signing of Shoppach, but Napoli’s price tag is almost assuredly higher than I’d like to pay for him.

Napoli may have limited value to the Mariners also, as he’s seen his true renaissance in Arlington after successful years in Anaheim, and has a partial redundancy already on the roster in John Jaso. Because the Rangers didn’t make Napoli a qualifying offer, we can assume they don’t believe he’ll be asking for more than $13.3 million per season, but even if we conservatively place Napoli at three-years, $30 million, he’d pose a significantly higher financial risk for the Mariners than Shoppach.

And while Napoli has mashed lefties for his career, Shoppach has posted a 134 wRC+ against lefties compared to Napoli’s 141. He’s moderately better defensively, but would instantly become the Mariners best defensive catcher. 2013 will be Napoli’s age 31 season, and Shoppach’s age 33 season.

If the Mariners signed a guy like Napoli they’d be banking on a couple of things: that his bat would translate into the new Safeco dimensions, that he’d stay healthy over the course of a long-term contract, and that probably that his defense and production would play at first base for the course of that contract also, as between Mike Zunino and Jaso, the Mariners have the catcher position sewn up for the foreseeable future.

One of Dave’s goals, and any smart Mariners fan’s goals, was to move Jesus Montero out from behind the plate. This accomplishes that. And for $2 million, if the Mariners run a strict platoon between Jaso and Shoppach, the career splits at the position are 125 wRC+ against righties (Jaso) and 134 wRC+ against lefties (Shoppach). That functionally equals Napoli’s 141/124 splits, but for significantly less money.

Signing Cody Ross may be a bit more complicated. Ross had the best full season of his career last season, his age 31 season, posting a 113 wRC+ and 22 home runs. Ross may think his value is pretty high right now, as it appears that he and the Red Sox are a long ways apart on contract talks. It’s been reported, in fact, that Ross is seeking a three-year, $25 million contract, though his desires mean nothing unless someone is willing to pay him that much.

The biggest blemish on Ross’s record is the decline had in the second half of the season last year. Ross started the year with wRC+’s of 113, 155, and 184 in April, May, and July respectively, but ended the year with an 85, 126, and 69 in July, August, and September. Nonetheless, Ross totaled a wRC+ of 164 against lefties last year, all while playing an average-ish outfield. That isn’t exactly a fluke as Ross’s career wRC+ against lefties is 141.

Because the Mariners have lefties at traditionally right-handed positions like third base, second base, and catcher, it’s important to keep their lineup balanced. However, the Mariners were actually worse against righties than lefties.

The remedy for that in my plan is Kendrys Morales. In this case I suggest trading Chone Figgins, Shawn Kelley, a mid-level prospect (say Johermyn Chavez or Carlos Triunfel), and cash for Morales. Cash means a ton of money. I’d imagine they’d have to pay every cent of Chone Figgins contract for him to have any value. But if there’s any team that he’d have any value to, it’s the Angels, who he played at a near-All-Star level with.

Morales is coming off the first full season he’s played since 2009. He broke his leg celebrating a walk off homerun halfway through 2010, and missed all of 2011 because of complications from the same injury. Last year he became the third man where the Angels should really only field two guys: their first base and DH positions. Experiments with Mark Trumbo at third base and in left field only led to a new appreciation for the ability to takes to play either of those positions. Mark Trumbo gets touted for having above-average athletic ability, but despite 38 out-of-zone plays, Trumbo had a -5.6 range rating in the UZR formula. The inference I’m making is that Trumbo is fast with a head of steam, but doesn’t react well to line drives and difficult fly balls. And the Angels need a place to put Mike Trout, Peter Bourjos, and the albatross known as Vernon Wells.

Midway through last year it looked like Morales could be a non-tender candidate at season’s end. A turn around in August and September probably ended those hopes, as Morales is in his final year of arbitration and made only $2.98 million last year. Even an aggressive raise puts him at $6 million, and his wRC+ of 118 and average defense made him worth 1.8 WAR in only 522 plate appearances.

By trading for Morales before his age 30 season the Mariners would have the opportunity to negotiate an extension with the first baseman, or recoup a compensatory pick for him in the offseason if he’s good enough to deserve a qualifying offer.

It may be a pipe dream for the Mariners to end up with the extra first baseman of their division rival, and they may have to get creative, like the Rangers did when they acquired Mike Napoli after the Angels traded him to the Blue Jays. Morales is likely undervalued, though, and would fill a major need in the short, and potentially long-term for the Mariners.

Marcum, Dempster, and Blanton are basically the same pitcher at this point in their careers. I mean, sure, Dempster is old, and had good results last year that aren’t supported by peripherals, and Blanton is probably the fattest, and Marcum had some arm soreness last year, but whatever. They all average about 8.0 K/9, under 3.0 BB/9, and are average-ish when it comes to ground balls (Marcum is below-average).

With the worries about transferring leagues for all three (though Marcum pitched in Toronto before Milwaukee, and Blanton in Oakland many years ago), it probably isn’t wise to pay much for any one of them. However, each is essentially a notch below Hisashi Iwakuma, and without truly viable options behind Iwakuma, the Mariners are better off taking a controlled risk on a veteran like the aforementioned than opening the season with either Blake Beavan or Hector Noesi in a starting spot.

Ultimately, following this plan, they’d spend just $20 million in new money next year, improve their catcher position defensively without losing anything offensively (Montero was a 132 wRC+ hitter against lefties last year), move Montero off the position, and give the team solid options in right field and first base, likely improving both positions offensively by a wide margin. And while the Mariners have been able to cultivate starting pitchers in the past half-decade, that may change with Safeco’s new dimensions. Any veteran starter would also serve as insurance for Jason Vargas, who may be hurt by the new dimensions.

A plan like this would leave the top end of the Mariners farm system untouched, which would allow them to make a mid-season deal if necessary, or grow into what has been touted as one of the best systems in baseball. All the while, if a guy like Logan Morrison or Brandon Belt come available for the right price, the Mariners may be able to acquire him for less than top dollar, and still have significant depth in their farm system.

It also leaves room for what I think the Mariners should expend more of their energy and resources on anyways: re-signing Felix Hernandez and taking shots at signing their youngsters to bargain contracts before they reach free agency.