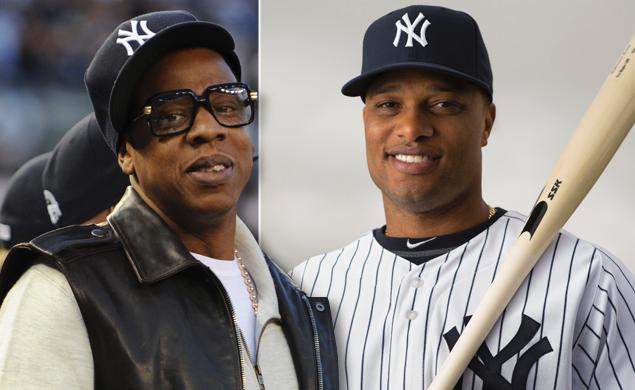 Editors note: We’ll have a long-form reaction to Cano very soon, but for now, Maqman has compiled some great quotes about the Cano signing, and the stuff leading up to the signing.

A contract like this, you take the risk on the back end, when the benefit on the front end is massive. From: Dan Szymborski at ESPN

The Mariners aren’t done. They needed Cano to establish credibility. Now they use this signing to recruit more free agents. From: Jon Morosi at Fox Sports

It’s relevant information that the Yankees didn’t come close to this offer for their own homegrown best player. From Jeff Sullivan at FanGraphs

Dustin Pedroia on Robinson Cano: “Couldn’t be happier for him and for us. We don’t have to face him 19 times a year.” From: Nick Cafardo at the Boston Globe

Source: “The past 48 hours of discussions have been very productive with all teams involved.” From: Ryan Divish at the Seattle Times

10/$240m is, whatever, but this still counts as a “win” IMO because the Seattle Mariners just signed THE free agent.  From: Rick Randall

As Ken Rosenthal mentions below if the Mariners sign Cano maybe he opts out after three years. I would not be surprised to see such a clause in his contract as it makes sense for him and the team. He could then go sign another huge contract in a major media market like New York or LA and the M’s we be unburdened by his remaining years. Alternatively, as the Tigers have shown with Prince Fielder, big contracts can be traded. $225 million for 9 years only seems too much this off-season, in three years given all the new money in the game it won’t look nearly as bad as it does today. I would encourage the team to front load his contract, giving him like $30 million a season for the first three seasons, leaving him owed only $135 million for his last six seasons. Presuming he holds up fairly well in that shortish time span he would be conceivably tradable then. Especially if the team ate some of the residual cost.  His prime value for the Mariners, which is as much about reinvigorating their brand as it is about his on-field performance, will be realized in that time span. I have been against them signing Cano but I’ve changed my view, they need to make this statement to their fans, season ticket holders and the other players they want to sign or trade for now and in the next couple of years. It’s a tangible penalty for their past poor performance on the field and an equally real reward for taking care of the business side of things. That makes this move needed and possible. Do it, erase the word “desperate” and move on. There are more moves to make and each one should improve our viewing pleasure. maqman

“Well, look, we’re still talking. Nobody has given up. We’re still talking. But obviously, we’re a decent distance apart. So we’re just going to have to see, day by day. It’s all we can do. It would make a big difference. Robbie’s one of the best players in baseball. There’s no doubt about it. He’s a great player. And he’s been a great Yankee. So we’re going to keep plugging until it either happens or it doesn’t.” Hal Steinbrenner on Canoe to Andy McCullough at The Star-Ledger

(Are the Yankees looking for sympathy from the Mariners?)

On Wednesday, a series of rumors to the effect that Mariners GM Jack Zduriencik, who is heading into his sixth year on the job, was about to make a splashy signing or trade. All thoughts naturally turned to the Rays‘ left-handed ace David Price and a package of M’s talent that included top-pitching prospect Taijuan Walker. At this writing we’re still waiting for the rumors to pay off. They might not; there is a very good alternative history of baseball that could be written by relying purely on trade rumors.

As with all GMs, Zduriencik has had some bad luck — his acquisition of Franklin Gutierrez from the Indians in a three-way deal that also brought in Jason Vargas was masterful; that Gutierrez has since been sidelined by every injury this side of leprosy was not his fault. The second time around, Zduriencik flipped Morse for Orioles outfield prospect Xavier Avery, another member of the Future Reserve Outfielders of America, a service organization best known for supporting advanced research into a cure for groin pulls through marathon sponsorships and selling magazine subscriptions to the elderly. The Mariners have far more work to do, and their list of needs will only get longer if they strip their roster in order to acquire a year or two of David Price. Stop this man before he trades again. Source: Steven Goldman at SB Nation.com

“The Mariners should not give up Taijuan Walker for David Price”. Source: Dave Cameron at FanGraphs

While [Kyle] Seager may not have the big name normally attached to a top Trade Value player, other teams aren’t sleeping on the guy. As one NL executive said: “This guy is really underrated; they don’t have anybody in that lineup and it’s a tough hitter’s park, and all he does is put up numbers.” An AL exec, meanwhile, called Seager “one of the best young pure hitters I saw this year.” Source: Jonah Keri at Grantland in raking Seager #48 in his 50 Top Value players list.

Who is on the Angels SP list? Anyone else who isn’t terrible, old, hurt, or attached to draft pick comp. Tanaka, Garza, Feldman, etc. Jeff Fletcher at the Orange County Register

The Oakland Athletics traded some long-term value for short-term value in acquiring outfielder Craig Gentry and right-hander Josh Lindblom from the Texas Rangers, but the Rangers walk away with a potential everyday player in outfield prospect Michael Choice and a sleeper from low Class A in second baseman Chris Bostick. I see the value here for Oakland but prefer the Rangers’ side of the transaction. Keith Law at ESPN  [Insider needed and recommended]

The Angels might actually match up with Royals in trade. KC could use 2B (Kendrick) and has young P (Zimmer, Ventura, Duffy, Marks) to give. From: Mike DiGiovanna at the LA Times

Guys who are on the cusp of adding value at the big league level are not worth trading for two-year rentals of expensive players. You keep those guys, use them to fill holes on your roster, and allocate the salary you saved by not paying a veteran to fill another hole. The prospects that you trade for short term rentals are guys who can’t help you in 2014; guys who need more development, who are not yet big league ready, or if they are, aren’t likely to turn into any kind of star. Trading high ceiling future stars who are already able to contribute value in the short term is just bad business.

Low-level high ceiling guys? Sure, David Price is worth that and more. Big league ready guys with limited long term value? Yeah, add them too. Price is absolutely worth giving up potential long-term value for, and he’s worth giving up short-term fill-ins, but he’s not worth players who could start for you next year and turn into franchise building blocks by the time Price is hitting free agency. Source: Dave Cameron at FanGraphs

“Who knows? Maybe Cano can negotiate a three-year opt-out with the desperate Mariners, who probably are trying to buy the Pike Place Market and the Space Needle to include in the deal.” Ken Rosenthal at Fox Sports

As one GM noted: “If Scott [Boras] signs a big free agent this early [in the offseason), it means it’s bad for the team.” Source: Buster Olney at ESPN [Insider needed and recommended]

“Zobrist will continue to haunt those who hate the WAR stat until the end of days.” Jonah Keri at Grantland

Sources: Royals have not offered Carlos Beltran $48 million for three years. To get to that level, ownership likely would need to intervene. From: Ken Rosenthal at Fox Sports

The Kansas City Royals have acquired outfielder Norichika Aoki from the Milwaukee Brewers in exchange for left-handed reliever Will Smith, according to a team announcement and first reported by the Royal Revival blog last night. Aoki, who turns 32 in January, hit .286 with 8 HR and 37 doubles while stealing 20 bases for Milwaukee in 2013. He will likely become the Royals’ starting right fielder, but Ken Rosenthal of FOXSports.com notes that they still plan to pursue free agent outfielder Carlos Beltran. Source: Chris Cotillo at MLB Daily Dish

Right-hander Masahiro Tanaka might not be made available to major league teams this winter, the president of the Tohoku Rakuten Golden Eagles told a Japanese sports newspaper. Because of new rules that will be implemented, the most the Golden Eagles could receive in exchange for Tanaka’s rights is $20 million. Before Major League Baseball and Nippon Professional Baseball started to discuss setting limits on how much MLB teams could bid for Japanese players, there was speculation the Golden Eagles could receive more than the $51.7 million the Nippon Ham Fighters received for the rights to Yu Darvish two years ago.
“We have an obligation to explain to our stakeholders whether it’s fair,” Golden Eagles President Yozo Tachibana said to Sponichi. And if it’s decided it’s not fair? “There’s a possibility we won’t take the next step,” Tachibana said. In other words, Tanaka wouldn’t be posted. However, the Golden Eagles will likely come under immense public pressure to let Tanaka come to the United States. To celebrate their NPB title, the Golden Eagles will go on vacation to Hawaii next week. Tachibana said team management will speak to Tanaka before then. Tachibana is scheduled to attend MLB’s winter meetings in Florida next week. Source: Dylan Hernandez at the LA Times

Greg Maddux threw at least 194 innings every year between 1988 and 2008, including strike-shortened 1994, when he only made 25 starts. Source: YCPB You Can’t Predict Baseball

New Angels hitting coach Don Baylor will have no shortage of input as he looks for ways to improve the team’s offense next season. The Angels on Wednesday hired Dave Hansen as an assistant hitting coach, adding a second former major league hitting coach to their staff. Hansen, 45, was the Dodgers’ hitting coach in 2012 and the Seattle Mariners’ hitting coach in 2013. Rick Eckstein, recently hired as the club’s major league player information coach, spent most of the last five years as the Washington Nationals’ hitting coach. Hansen, the team’s seventh on-field coach, will dress in uniform and be allowed on the bench for games; Eckstein will not.
The Red Sox have their eye on several righty-hitting outfielders, including former Gold Glove-winning center fielder Franklin Gutierrez. A .256 career hitter in nine seasons with the Cleveland Indians and Seattle Mariners, Gutierrez is a .287 hitter against lefties and could provide manager John Farrell with an alternative to Bradley against tough left-handers. Source: Scott Lauber at the Boston Herald.