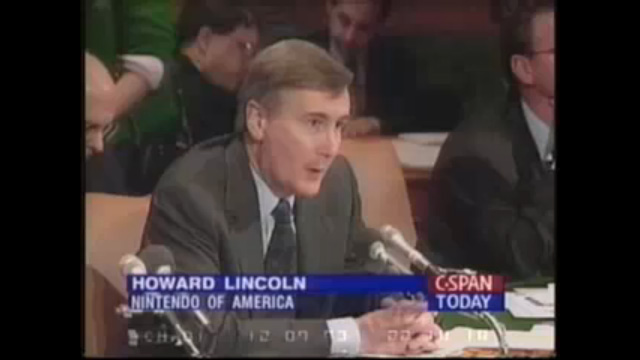 Ryan Divish has started well at the Seattle Times, conducting an interview with Howard Lincoln mainly about replacing Chuck Armstrong, but with some fresh input on the 2014 player budget too. (You can read all the details here.)

“The person who succeeds Chuck is going to have to have the knowledge of the business of baseball. He has to know his way around the game. He has to…know the people that run major league baseball – the people that we compete with and are partners with – other owners, other CEOs, other presidents and general managers. This person has to have those kinds of contacts or he can’t perform his job.”

Lincoln said the payroll budget for the upcoming season will be higher than what the team budgeted last season. The team budgeted close to $95 million for payroll last season, but only used about $84 million. “It’s certainly going to be above what we budgeted last year,” Lincoln said. “How much? For competitive purposes, I’m not prepared to say. But it certainly is not going to go down.”

(Obviously, Howie hasn’t heard of LinkedIn or Facebook, just tell Chuckie to leave his company phone and speed dial numbers on his desk, Howie. Can he tell the difference between a slider and a stolen base? Now that would help. No, Howie, they really aren’t similar.)

The Mariners’ team ERA was 4.18 this season, which was 20th out of the 30 teams in MLB. However that is still better than teams such as the Angels, Giants and Phillies.

Ian Swenson at the Tacoma News Tribune has put together an online tool you can use to create your own version of the Mariners roster and payroll. The intro is: “So you think you can do Jack Zduriencik’s job? Here’s your chance to be the Seattle Mariners general manager. Using The News Tribune’s Mariners budget tool, you can sign free agents, cut and waive players, build a bullpen and a rotation and shape a roster that is ready to contend in 2014. We’ve supplied an estimated payroll for you to work with and a list of the current major-league free agents. So get to work. Sorry, no trades however. This is for free agents only; as a rookie GM, you aren’t ready to wheel and deal on that level just yet.” You can find it here.

Comment From Dan: Prediction: Of the FAs that SEA signs this offseason, which will have the most impact in 2014? Thanks.

Dave Cameron: Nelson Cruz. He will have a huge impact on the team’s failure and the firings of everyone involved in signing him to the most ridiculous contract of the winter.

Comment From Chris: What is your best estimate on a Nelson Cruz contract? And who signs him?

Dave Cameron: I think he’ll get 3/48 from the Mariners. They might prove me wrong and do something insane like 4/65 though. To be clear, even 3/48 is insane. Nelson Cruz is a below average baseball player.

Comment From Nick: I honestly can’t believe the rumors around Cruz. I would give him 1/10 or maybe even 2/18. His upside seems like a +2 to 2.5 WAR player but I would probably take the under. The idea that he could get at least 3 years at $12M+ AAV is nutty.

Dave Cameron: It’s like we’re not supposed to notice that he’s got a .319 OBP over the last three years. Or that he’s headed for his age-33 season and has chronic health problems. He’s roughly as valuable as David DeJesus or David Murphy.

Comment From Yakima: Why did the Mariners leave Brian Moran off the 40-man roster, exposing the lefthander to the Rule 5 draft?

Editor’s Note: I think it’s fair to say that Dave is fed up with the Mariners these days.

“The Hall of Fame ritual . . .[is] dominated by neo-Puritan scolds, milquetoast handwringers, and straight-out dimwits.” —Deadspin

Are you more thankful for family and yummy turkey or that communities keep foolishly spending money on temples to “Bud” Selig?  —Old Hoss Radbourn

Agents and players tend to want to emerge from negotiations with some claim on superiority. If Robinson Cano can’t get the largest contract in baseball history in terms of overall value, he can at least exceed the average annual value of A-Rod (or Roger Clemens, if one uses the $28 million prorated salary for his shortened 2007 comeback). Eight years at $30 million a year is $240 million, which would allow Cano’s camp to stake that claim while matching Pujols for the longest non-A-Rod deal on record; throw another couple of million on that pile and he eclipses Pujols. I think he winds up in that ballpark, probably with the Yankees despite their concerns over the luxury tax threshold. As sky-high as it may seem, I think he’ll deliver enough value that it won’t seem like a ridiculous overpayment. —Jay Jaffe at Sports Illustrated

The Yankees met Tuesday with Robinson Cano’s agents, according to a source. An official familiar with talks said: “The gap is still very substantial.” From Mark Feinsand at NY Daily News

David Kaplan at CSN Chicago says that the Cubs are probably going to end up trading starter Jeff Samardzija. Writing: “I don’t see him throwing another pitch in a Cubs uniform. I think it’s 99 percent that he gets moved. They’re not ready to win and he brings you the young pitching you need for the future,” said a major league source. Japanese star pitcher Masahiro Tanaka‘s availability could have a major impact on Samardzija and a potential trade because so many teams are bidding on him, and with only one winner of his rights, the rest will be chasing potential high end arms.

An NL scout who has evaluated both Samardzija and Tanaka sees the offseason playing out this way. “I love Tanaka but here is what you have to ask yourself as a GM. Tanaka hasn’t been cleared yet for a posting process. I expect him to indeed be available but the posting could take 30 days to determine a winner. That pushes us to January 1 and if you hang around trying to land him and you come up short most of the available top arms will already been gone. Then what do you do? Unless money was no object and I was prepared to overpay significantly to guarantee that I landed Tanaka, I would give up more than I might want to for Samardzija because he is under my control for two seasons and I won’t have to wait out the Tanaka circus.”

The Twins starting pitching was almost half a run worse than any other team in MLB in 2013, hence, Nolasco at almost $50M. —Buster Olney at ESPN

The Brendan Ryan deal with the Yankees is now official. He got 2 years and $5M total, with a club and player option for 2016 that, along with incentives, could bring the value up to $10M. From Ken Rosenthal at Fox Sports