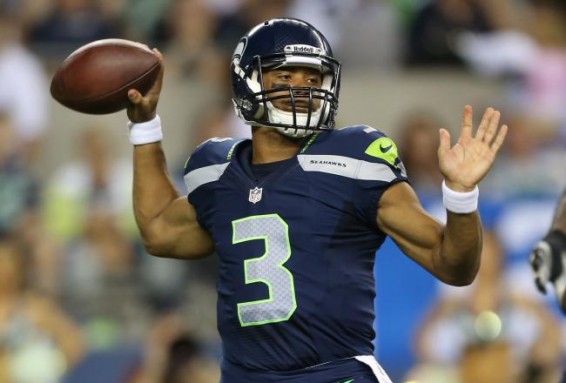 As the Seahawks make the trip to Indianapolis – that being their third of five fucking 10 AM starts this season – they’re undoubtedly riding high on what must rank among the most amazing Seahawks games in the history of the franchise.

The idea that the Seahawks are somehow hung over from a huge victory runs counter to every team philosophy, but people will say that if they come out flat. The real reason – if they do come out flat that is – likely lies in the time on the clock, rather than how the time between games was spent. While a ton of research exists explaining the disadvantage of West Coast teams playing early games, even in the Houston game the team didn’t appear to be in rhythm on defense until about 11:30AM, and the offense didn’t click until after noon.

This stuff matters, and if the competition committee is doing their jobs, early starts should be a main topic every offseason until the problem is solved.

That diatribe off my chest, the Seahawks play a Colts team that is much better than perhaps their perception would indicate. Andrew Luck is phenomenal. He’s the best quarterback prospect ever, and while Russell Wilson has been phenomenal to this point in his young career, Luck has been arguably better – albeit with higher expectations and a much larger investment from the Colts by way of the frist overall draft pick and a larger contract.

Like the Seahawks, the Colts have had a shot at the 49ers, and the Jaguars. Like the Seahawks, they beat both teams. The Colts other games came in the form of a victory over the hapless Oakland Raiders, and a loss to the surprising Miami Dolphins, who have seen some substantial signs of life from their own quarterback from the 2012 draft class in Ryan Tannehill.

Breno Giacomini, OT – At the time of this writing Giacomini hasn’t practiced in basically two weeks. The chances he’s back are pretty slim.

Michael Bennett, DE – After a scary injury in which Bennett was taken from the field in a stretcher in Houston, Bennett has participated fully in practice to this point this week. Likely to play it would appear.

A really good argument can be made that the Seahawks are better than the Colts today. It’s a near-certainty that at full strength, with Russell Okung, Bruce Irvin (who is back this week), Percy Harvin, Max Unger, Breno Giacomini, and a full-strength Cris Clemons that the Seahawks are a better team.

Russell Wilson and Andrew Luck’s careers are likely to be linked for some time because they’re both quality quarterbacks from the same draft class, and both of their teams figure to be good for quite a while. That in mind, while Andrew Luck’s potential lends itself to a career arc that reaches higher heights, the difference between the two is basically negligible right now. A difference that is significant, however, is that Russell Wilson’s supporting cast, not only the skill position players on offense, but also the defense and incredible special teams play so far this season make the Seahawks clearly a better team. The only thing that can stop them, in my mind anyways, is the clock. Not the game clock, the alarm clock.