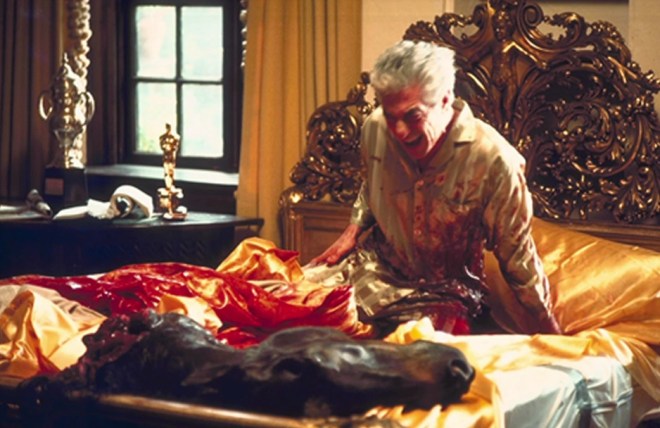 Like the painstaking duration of any audible noise that Kanye West makes that doesn’t have a beat behind it, if you wait long enough, all bad things do in fact come to an end. The Mariners season ended with a whimper yesterday, another loss to a division opponent – in this case the Oakland Athletics – as another division opponent – in this case the Texas Rangers – plays game 163 against the Tampa Bay Rays with the right to play a one-game series against the Cleveland Indians, otherwise known as game 164, in this case.

If you’re like me, you were too caught up in the Seahawks fervor to depress yourself by watching the last Mariners game. When my phone starting giving me updates of their impending final-game loss, I made the conscious decision to avoid the game at all cost. After a weekend of tremendous success from both football teams that call Seattle home, watching the Mariners would have been like watching Titanic on a vacation cruise. Like being placed on blood thinners after booking your hotel in Leavenworth for Oktoberfest. Like a fucking Alanis Morrisette song (you know the one, “Isn’t it one of: Coincidental, Unfortunate, Otherwise Frustrating”). Like finding out Pamela Anderson has hepatitis only after a night of vigorous fornication without a prophylactic.

The Mariners are a bummer right now. They’ve been a bummer for a long time. Excitement at the end of the baseball season, no matter how contrived, has been pretty high in recent years. The Mariners have been part of none of it.

Some of it has been bad luck: Dustin Ackley has been mostly bad (though better in the second half) and Jesus Montero has been an unarguable disaster. Danny Hultzen has had inury problems, and Mike Zunino broke his hand. Jason Bay‘s early season spark couldn’t last, and Michael Morse was as injured and overrated as some of us thought he would be.

Eric Wedge decided to quit, and Jack Zduriencik got another lame-duck extension. Things are frustrating. Many of us have never though Wedge was even a good manager. Many of us have thought that Jack Zduriencik was a personnel-acquisition savant. We’ve later recanted much of that, while others (read: me) still think that the sum total of Zduriencik equals a guy that can assemble enough young talent for the Mariners to be very good for a long time. If it is true, it isn’t fair that Eric Wedge is judged exclusively based on his record, but of course, even outside of his record Wedge has some suspect managerial philosophies.

Also, the workplace isn’t fair. Not everyone is given an equal platform on which to perform. Eric Wedge probably wasn’t the Mariners biggest problem, but his lack of contributions to the Mariners success in the present day are only bound to be magnified when this teams baseline talent increases, and success becomes more attainable.

It would be really cool if the Mariners spent more money, but it would be way less cool if they spent all kinds of money gunning for a playoff run, only to have Wedge bench one of the team’s best players or turn runs into outs by bunting too often, only to be able to say that they gave him a “fair shot.”

People will say that it is time for the Mariners to “put up or shut up,” or else “Jackie Z must go!” Of course, we don’t know if that’s true, and if we’re anything like I’d like us to be, we don’t call him Jackie Z. Like him or not, that’s a really stupid nickname.

Jack Zduriencik won’t always be the Mariners general manager. One day he’s sure to die, or there will be a rapture, or he’ll get fired, or he’ll quit/retire. One of those four options are almost certain to end his career in some regard. I don’t know if I’m as convinced that he’s the best general manager in baseball as I may have been a couple of years ago, but I heavily value his and Tom McNamara‘s ability to scout amateur talent. I value their hard cap on overrated free agents like Prince Fielder and Josh Hamilton. I value the efforts they made to trade for Justin Upton as inherent proof that they’re trying to win today, all while building a glut of talent that will benefit them in the future.

This minor league system is stacked. It’s not just Taijuan Walker and the “Big however many we’re saying these days.” They’ve got athletes that can competently play positions while being reasonably productive at the plate. They’ve got pitchers with good stuff and good command of that stuff. They’ve got guys that are close to the big leagues, and they’ve got guys whose present opportunities are hinging substantially on their future projection. Not all of them will pan out because, well, this is still baseball, but they’re cheap, and will be cost-controlled while they’re still good, if anything goes right.

I’d love to say that I think the Mariners will make a play on Jacoby Ellsbury. I’d love to say I think the Mariners should make a play on Jacoby Ellsbury. But Hunter Pence just got five years, $90 million. Robinson Cano wants $300 million. Ellsbury will probably want something between that, but he’s missed huge chunks of two of the last four years due to injury. Of course, most of those injuries were from what we’d consider instances, and not conditions. This season, however, he’s having wrist issues and foot issues, and while none of these may be directly tied to a degenerative condition, their lasting impacts may cast an ominous shadow over Ellsbury’s years on the wrong side of 30 years old.

I don’t know who the Mariners will sign, and I don’t know who they may trade for. I don’t want to think about right because, well, have you watched a Huskies or Seahawks or Sounders game lately? Seattle sports should be fun until late January or if we’re lucky, early February. We’ll definitely write about the Mariners between now and then, but so many things are good in Seattle right now, and the Mariners are such a dead horse to continue beating them would require a Khartoum (I love you if you get this reference) night at the ballpark next year, and they won’t want to pay the royalties.