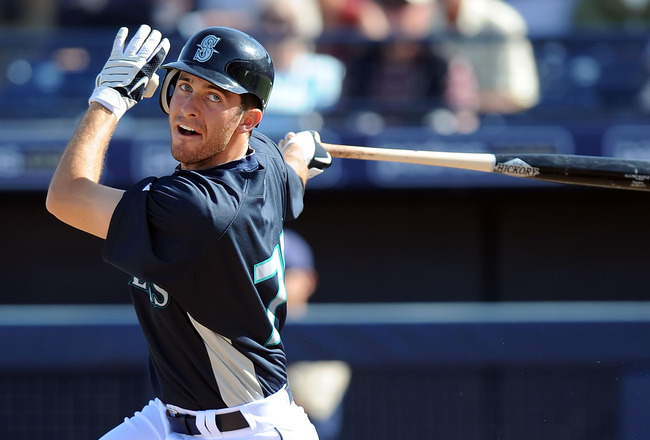 For the overwhelming majority of the past two-plus seasons we’ve grown accustomed to two very distinct attributes as it relates to Dustin Ackley and Franklin Gutierrez: Gutierrez not playing much, and Ackley playing very much.

In either case, it seems like it has been at the team’s detriment, and recent developments seemed like they’d keep the two on their paths of polarity, as Gutierrez had apparently figured out what’s been causing him health problems the past two seasons, and Ackley got sent down to the minors after the better part of two seasons of poor production.

Gutierrez played only two games with the Mariners, and now he’s been sent back to the disabled list with a strained hamstring. Having Gutierrez in the field, albeit for just those two games, harkened back to the Mariners team that had Gutierrez, Endy Chavez, and Ichiro – functionally three center fielders – in the outfield. Having those guys healthy was certain to improve the production of any Mariners pitcher, but especially Joe Saunders, Aaron Harang, Jeremy Bonderman, and Erasmo Ramirez, who has been pitching well enough in Tacoma to replace one of the former three soon.

Ackley has spent of time in the outfield in Tacoma, and while he’s not an ideal defensive center fielder, he is certainly in the discussion for the second best at the position on the roster, behind Michael Saunders and perhaps Chavez.

The truth though, is that as much as Ackley playing the outfield is a development that has caused the team to recall him, more importantly he’s hit his way back. Ackley got back to business in Triple-A, posting a .365/.472/.500 slash line in 126 plate appearances, including a 19/14 K/BB ratio.

Of course, minor league stats mean very little compared to big league stats, and as Dave Cameron pointed out in his post over at USS Mariner, Ackley may not have changed as much as we think.

So while the Mariners shakeup in the past couple months has been exciting, especially for those that have a particularly draconian outlook on Mariners personnel development, a large chunk of those recent moves have been undone by injuries.