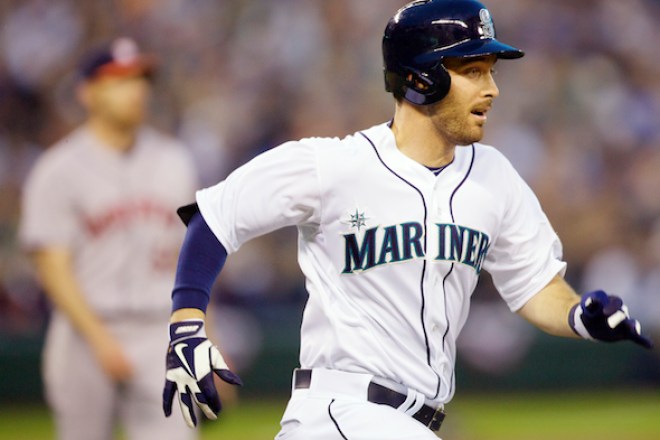 In the past couple days Dustin Ackley has played left field for the Tacoma Rainiers, this after a lot of time and resources went into making Ackley a second baseman. Ackley is a very good second baseman, far better than passable, but his value as a player and a prospect is rooted heavily in the production of his bat.

There’s no reason to believe that becoming out outfielder will have an inherent impact on Ackley’s bat in the positive direction. He’s played outfield before, but unless we’re delving into some sort of theoretical psychology of players’ unquantifiable comfort at a position correlated with his offensive production, any argument about this helping his bat is silly. I’m not going to make that argument, and I’ll probably remain skeptical of it even if I hear it from the horse’s (Ackley’s) mouth. Too many people are spewing absolutes based in biases, as opposed to facts and data.

That in mind, there is no doubt that moving to the outfield will actually devalue Ackley’s bat. Positional adjustments call left field basically the third easiest position to play, while second base is the third hardest. Considering the amount of positions and the amount of ties in these positional adjustments, these may not seem that far apart—in fact, as far as their order goes, left field and second base are right next to each other. But in the WAR formula, over a full season, there is about a 10-run difference in defensive value between a league average second baseman and a league average left fielder.

But Ackley moving to the outfield is much less about maximizing his value, and more about career preservation. Nick Franklin has been very good so far, and if he continues to be very good the Mariners have little reason to move him off second base, especially considering Brad Miller‘s superior defense at shortstop and emergence as a hitter.

So for Dustin Ackley, it’s entirely possible that, without a position change and regardless of his success, he’ll be blocked at second base. If that’s the case, Ackley doesn’t even really make a good platoon partner with anyone in an infield that could soon include left-handed hitters (as well as Franklin being a nominal switch hitter) at second base, third base, and shortstop.

Meanwhile, the Mariners just traded Vinnie Catricala and Francisco Martinez, both of which seemed likely to man outfield spots if they reached the bigs with the Mariners.

The team just drafted DJ Peterson and Austin Wilson, both college bats who could make fast ascents to the big leagues. Peterson is a nominal third baseman, but more likely to end up in a corner outfield spot or at first base, while Wilson is a big-bodied, athletic corner outfielder.

While Ackley may not be an ideal center fielder (though I think he could be one), one of the caveats to all the information given by scouts is their hearts, flesh, blood, and brains that can potentially lead to biases. Scouts – at least in my opinion – tend to focus on specific deficiencies and attributes, and generally do a poor job of quantifying a player’s aggregate value. If you have to make inferences about a player based only on a single game, or a short series of games, the success rate of a scout’s opinion will outpace stats every time, or most the time if we’re running this theme of statistical quantification and accuracy.

In a sea of data, the opposite is almost always true.

That’s less bothersome when scouts are identifying things that players need to work on, perhaps installing the street signs on the path to player development. It’s not as effective when the risk of impeding a player’s development – a ship that has likely sailed for Ackley – is no longer a factor.

Dustin Ackley played outfield the other day, and then he played outfield again. He’ll probably continue to play outfield. He’s not an ideal center fielder, but in an organization that is void of most outfield talent, and outfield that has only Michael Saunders under contract next year, and that has a farm system that has employed Darren Ford and Corey Patterson in their Triple A affiliate for much of the past two years, beggars can’t be choosers.