If all that math this morning killed your buzz, here are some upset specials to look out for. While a vast majority of matchups favor the higher seed, in larger bracket pools it is actually to your benefit to pick a few upsets here and there. In my morning post, I argued that the larger your pool, the further from consensus you should make your bracket. These following picks come from aggregating the polls and models of Ken Pomeroy, Jeff Sagarin, Nate Silver, and John Ezekowitz.* Do with them what you will.

Due to a tough group of 8-seeds, Missouri (9) is the only 9-seed that is projected to win with greater than 50% probability, and avoiding the other 9-seeds is probably smart. We’ll talk more about Pitt (8) soon, but here’s the spoiler alert: the Panthers might be the most underrated team in the Tournament. Wichita State (9) is not chopped liver, but it got a bad draw with Pitt.

The best matchup for 10-seeds comes from the East Region where the stat heads agree that Colorado has nearly even odds to “knock off” Illinois (7). The other 7-10 matchups are all projected in the favor of the 7’s with about 60-40 odds. If you’re feeling greedy and want to make an additional 10-seed pick, go with your favorite mascot or something.

The 11-seeds are looking good this year, and the stat heads unanimously give Minnesota the nod over UCLA. That one’s not too hard to figure out even without stats, as UCLA lost its second-leading scorer in the conference semifinals and was probably overrated anyway. Two of the four stat heads like Saint Mary’s (11) over Memphis (6), and Bucknell (11) over Butler (6) seems like 50-50 tossup, too. So go get your money’s worth on the 11-seeds.

Though none of the 12-seeds are considered better than their fifth-seeded opponents, there is still a good chance one of them will prevail. If you want to try and pick a couple 12-seeds, Silver says go with Oregon (12) over Oklahoma State (5), and Ezekowitz suggests Cal (12) over UNLV (5). In both cases, the 12-seeds have about 40-60 odds of winning. Mississippi (12) may very well be the best 12-seed—Pomeroy and Sagarin agree on that—but they face Wisconsin (5) in the first round, another underrated team we’ll discuss soon. 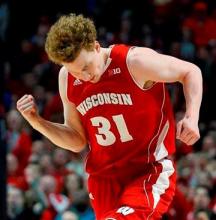 There is one especially strong 5-seed. Wisconsin. The Badgers appear to have been under-seeded—like Pitt—as Pomeroy and Sagarin each have them in the top 10 nationally. Though a 5-seed over a 4-seed is not much of an upset, Wisconsin over Kansas State (4) could snag you some extra points with Wisconsin’s odds close to 60-40 in that potential matchup.

I mentioned the 11-seeds were strong, and it turns out that their first-round counterparts, the 6-seeds, are pretty weak this year. But if you’re itching to pick a second-round upset from among the 6’s, it seems Arizona (6) is your best bet. Butler (6), if it survives Bucknell, is a good choice, too, since Marquette (3) is unanimously the weakest 3-seed.

The best 7-seed is Creighton, but its potential matchup with an appropriately-seeded Duke (2) team sucks the probability out of that one. But hey, if you hate Duke enough, it’s not a dumb pick (30-70). The stat heads think that San Diego State (7) is right up there with Creighton among the 7-seeds, and it drew one of the weakest 2-seeds in Georgetown. Prestige and history won’t help the Hoyas in the Tournament, and perhaps your best bet for a 7-seed into the Sweet Sixteen can be found in the Aztecs (35-65).

It’s rare that an 8/9-seed will beat a 1-seed, as I wrote about yesterday, but there is one interesting pick to think about: Pitt (8) over Gonzaga (1). Pomeroy and Sagarin both have Pitt among the top-10 teams nationally, and Silver and Ezekowitz give the Panthers between 30% and 35% chances to win that potential clash with Gonzaga. Those are the best odds any 8/9-seeds gets in this Tournament.

If Bucknell (11) knocks off Butler (6) in the first round, then sliding them right into the Sweet Sixteen over Marquette could be considered that “controlled aggression” I talked about this morning. Bucknell probably has the best chances at a Sweet Sixteen bid among 11-seeds even though it’s not the best 11-seed. Of those underrated 11-seeds, the best is Minnesota, but it got stuck with Florida (3) in its pod. That’s another underrated team in the bracket according to all the stat heads, so you might want to avoid slotting Minnesota into the Sweet Sixteen.

Any particular 12-seed or lower advancing into the Sweet Sixteen is definitely not probable. Each of the 12-seeds has a pretty equally low probability of making it that far, and it doesn’t get any better with the lower seeds. Oregon (12) might be a decent pick out of this group, mostly because of the weaker 4 and 5-seeds in its draw, St. Louis (4) and Oklahoma State (5). Davidson (14) has the best shot of any team in the cellar. It’s not so much that Davidson was underrated, but mostly that its draw includes Marquette (3) and Butler (6)—two teams that don’t knock anyone’s socks off. 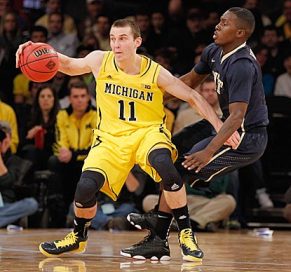 It would take a lot for these two to meet.

Besides Pitt and Wisconsin, the most under-seeded teams with actual prayers of advancing deep into the Tournament seem to be Florida (3), Michigan (4) and Creighton (7). Unfortunately for Creighton, the 2-seed in their draw is a strong-seeded 2 in Duke. But Michigan and Florida, both in the South, drew weak 1-and-2-seeds, respectively, in Kansas and Georgetown. Use this information wisely, and always with controlled aggression.

*For Sagarin’s ratings in USA Today, I used the blue “Predictor” ratings which Sagarin admits are better for prediction. Imagine that.