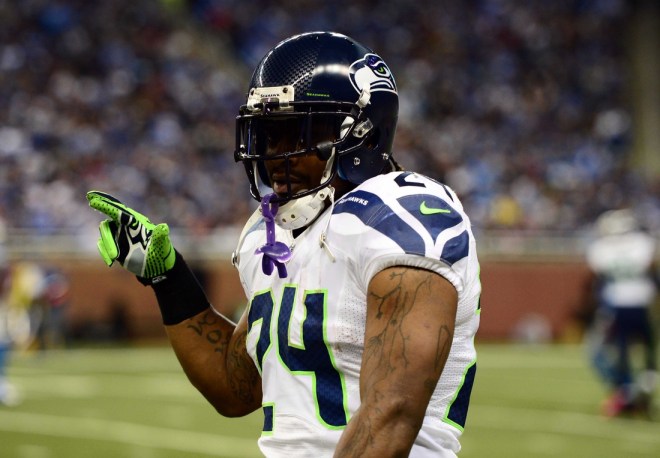 Sometimes these kinds of things start intentionally cryptic and annoying. They start with a poorly fitting metaphor that sounds artistic, then progress into some poorly constructed parallels for the metaphor that fall short of poetry. In some ways, this intro explaining stupid intros was just that, a stupid intro. In some ways, the Seahawks and Redskins respective seasons each started with stupid intros. The Redskins started their season 3-6, and the Seahawks started 4-4.

Of course, things heated up for each team, and ultimately the Redskins wouldn’t lose another game, and the Seahawks would lose only one other game after those arbitrary points in their season.

Russell Wilson and Robert Griffin will get a lot of the ink before this game and for good reason. Each is a truly viable Rookie of the Year candidate, and each threw the ball 393 times. Griffin did it despite missing a game, and Wilson did it despite playing a very conservative offense for most of the stupid intro to his season. Where RG3 made a huge first impression, Wilson has been hot only lately.

Some people say that it’s most important to go into the playoffs hot. Some people played for the 2011 New York Giants. Those Giants lost two of their last three games, and they won a Super Bowl. Both of these teams are hot though, so this has very little relevance to this actual game, and barely has any relevance to Russell Wilson. But it is a thing that exists.

The Redskins and Seahawks are two relative pioneers in the NFL this year. We haven’t seen the read-option run with such effectiveness in the NFL since before I knew what a read-option was. But while both teams use a mediocre-ish receiving corps, solid running game, and rookie quarterbacks to make their offense tick, their defenses perhaps couldn’t be any more different.

The Seahawks are built around defending the pass. They have holes that can be exploited by certain personnel, but generally speaking the Seahawks are going to shut down their opponent’s outside receivers. They have a sporadic pass-rush, and if the pass rush is clicking they are basically impossible to pass on. If they’re not clicking then usually the middle of the field opens up some, which hurts them in the running game and defending slot receivers. The emergence of Jeremy Lane (if he’s healthy) and the return of Brandon Browner could spell an end to teams abusing the Seahawks over the middle with diminutive receivers, but if Lane isn’t healthy, it could be the same aged Marcus Trufant trying to mirror receiver cuts. Marcus Trufant playing a lot of snaps isn’t a scenario the Seahawks should be happy about.

The Seahawks have shut down plenty better receivers than Santana Moss, Pierre Garcon, and Josh Morgan, though. If Fred Davis was healthy the Seahawks may have a matchup issue not unlike the one they faced in their first matchup against the 49ers. That’s not to say that Fred Davis and Vernon Davis are on the same level, but that the 49ers’ power running game benefitted greatly by the receiving threat in the middle of the field. That’s a pretty weird thing to bring up considering that Fred Davis is on injured reserve, but whatever.

RG3 comes into the game nursing a knee injury. A lot has been made about how Griffin has been immobile recently. He ran for 63 yards against the Cowboys last week, though he wasn’t generally as effective as he has been all season. Stopping Griffin from making huge plays with his legs figures to be key for the Seahawks.

Some people say the Redskins defense is very good. They give up 34.18 yards per drive, which is 28th in the league, and 2.14 points per drive, good for 25th. Part of the problem is that they have London Fletcher on their defense. Fletcher has become a falsely solid linebacker in the eyes of many because he amasses a ton of tackles most years. Many of those tackles occur several yards beyond the line of scrimmage, but who cares? Apparently not teams looking for middle linebacker help.

The Redskins have been reasonably good against the run this year, though their total yardage may be a bit misleading as they fall in the middle of the pack in terms of yards-per-attempt. They did give up 186 yards on the ground to the Ravens, 151 to the Rams, 140 to the Steelers, 129 to the Panthers. Those are also NFL teams. None of them are exactly like the Seahawks, but each of them has runningbacks on their roster. The Seahawks have a couple runningbacks on their roster.

Both teams force a lot of turnovers, and considering the strength-weakness match ups, this may very well be a game that comes down to turnovers.

By the way, Walter Thurmond went on IR earlier this week, but neither team has any major injuries besides that.