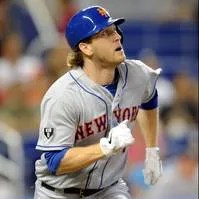 The Mariners signed Jason Bay today. Unless they’ve announced terms by the end of my lunch break I’m going to assume it’s a minor league deal with a non-roster invite. Of course, if terms are disclosed by the end of my lunch break this paragraph will disappear and you’ll never know it existed, unless I leave it in to blow your mind. This post is the Hot Tub Time Machine of posts. If I go back and change the past, it will likely effect the future.

Jason Bay is a Mariner. He’s probably not going to be a very good Mariner, and there’s a pretty reasonable chance that he doesn’t even make it out of spring with the team, depending on the terms of the deal.

Some people are going to be angry because he’s Jason Bay, and the recent Jason Bay has been generally awful. If he were Wily Mo Pena, and had been generally awful his whole career this would be considered “taking a flier.” But since we know about Jason Bay enough to have an opinion about him, we don’t want him to be a Mariner.

Our opinion of Bay is diminished by the fact that he used to be good. Why couldn’t he have just had the foresight to suck for his entire career?

I’m in support of the Bay signing, but I don’t think it something that we really need to build a very tall partisan fence for. I don’t know if I believe that Bay “still has it.” I haven’t seen him healthy enough to make that determination. I know that the Mariners need hitters, and Bay used to be able to hit. If he can hit again, he’s likely to be a bargain. If he can’t hit he’s likely to be released back into free agency. My approval of this signing is qualified by my expectation that they didn’t break the bank on Bay, and that he’s not guaranteed a roster spot, even if a portion of his contract is guaranteed (if they cut him it would be picked up by his next team, anyways). I’ve yet to read an unqualified opposition with any intelligent merit.